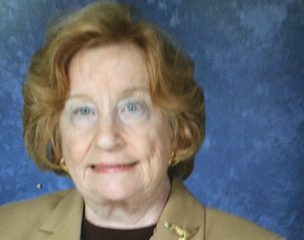 About The Honorable Susan L. Malone

Susan L. Malone is a retired USMC Colonel with 39 years of extensive and documented success in the public, private, and government sectors in terrorism/anti-terrorism assistance and human rights, human trafficking, and the NGO sector. She has 30 years of documented, extensive experience in the federal criminal investigative arena with a focus on justice programs, rule of law, human rights, Inspector General operations, white collar crime, combating terrorism and conducting related investigations, international banking and money laundering, conflict of interest, procurement fraud, and bribery and corruption investigations. She was selected as one of the first two women FBI Special Agents in 1972.

Ms. Malone is a published author, lecturer, adjunct professor, and platform speaker and has received numerous military and civilian awards including the Distinguished Civilian Service Medal, Legion of Merit, the Presidential Service Badge, the Women in Federal Law Enforcement Julie Y. Cross Award, Meritorious Civilian Service Medal, and awards from the Order of Malta and the Order of the Holy Sepulcher.

She has served as Principal Civil Affairs–Human Rights Adviser to the Government of Haiti Minister of Justice; senior International Law Enforcement, Justice Program Advisor for the Iraqi Commission on Public Integrity, Civilian Police Assistance Training Team Plans; and Policy Officer specializing in the Human Rights, Ethics and Inspector General arena/Advisor to the Iraq Minister of Interior and senior National Police. As the Human Terrain Analysis Team Leader, she directed and led the Human Terrain Team in RC-North, NATO, northern Afghanistan. She has also served as Senior Department of State representative and Program Manager for Jordan and  previously as the Program Manager for Western Hemisphere Affairs focusing on South and Central America. She served as Principal Crisis Management Advisor to the Secretary of Defense and his senior deputies and as the senior Team Chief/Director of the Secretary of Defense Crisis Coordination Center.

Ms. Malone has over three years of experience in leading war crimes investigations of top tier indictees from the former Yugoslavia. She was appointed to the senior United Nations Civil Service. She also has expertise as an International Law Enforcement Advisor, Government of Iraq Commission on Public Integrity, and served as Specialist Advisor to the CPI Anti-Corruption Unit, Baghdad, Iraq. She also functioned as the principal senior advisor to the Ministers of Interior and Defense.

Ms. Malone managed and coordinated major international United Nations and Civil Affairs programs in Asia, Africa, South and Central America and the Middle East and was appointed to numerous commissions and advisory boards including: Member, President’s Commission on Aviation Security and Terrorism; Member, Secretary of Defense Advisory Board Evaluating the Investigative Capabilities of the Department of Defense; Member, Secretary of the Navy Standing Committee on the Status of Women in the Department of Navy; and Member, Marine Corps Policy Board; past national president – Women of the Legion of Valor; Board of Directors, Civil Affairs Association.