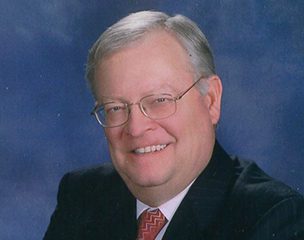 Robert J. Smith is a retired senior partner of Morgan Lewis & Bockius LLP, an international law firm with more than 2,000 lawyers worldwide. During his 42 years with the firm, he established an internationally recognized labor and employment practice representing national and international corporations, organizations, and governmental agencies in the defense of federal and state class and collective actions and other related employment, labor relations, and contract compliance matters. During his tenure with the firm, he served in a variety of firm-wide leadership positions as well as the managing partner for the firm’s Washington D.C., and Northern Virginia offices.

Bob graduated from Mount St. Mary’s College in Emmitsburg, Maryland, and received his master’s degree from Cornell University’s School of Industrial Relations and law degree from the Georgetown University Law Center. Before entering law school, he was employed by Texas Instruments, Incorporated, in a variety of corporate industrial relations and human resources functions.

Bob and his wife Lauren reside in Great Falls, Virginia. They have three children and spend their time doting on their eight grandchildren.